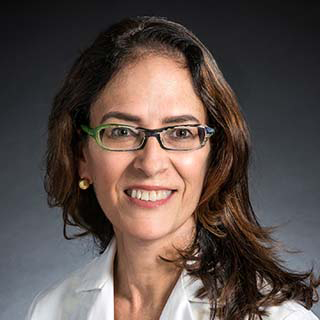 Dr. Montgomery will consider how diagnostic pathology has evolved from the use of hematoxylin and eosin into the molecular era, with both augmentation and diminution of the quality of practice using specific examples from her diagnostic practice. She will conclude with a discussion of the artificial intelligence explosion and what it means for practice.

Her delight in the beauty of the hematoxylin and eosin stain and all the information that it offers never diminishes.

The United States and Canadian Academy of Pathology is accredited by the Accreditation Council for Continuing Medical Education (ACCME) to provide continuing medical education for physicians.

The United States and Canadian Academy of Pathology designates this other activity (enduring materials and internet live activity) for a maximum of 1 AMA PRA Category 1 Credits™. Physicians should claim only the credit commensurate with the extent of their participation in the activity.

Whether you attend online or join us in New Orleans, we know you’ll enjoy the cutting edge information and top quality teaching the Annual Meeting has to offer.