This is an exciting time in pathology as pathology is transforming, entering into an era of rapid discoveries and technological advances based on robust advances. Next generation pathology tools, including new technological advances in anatomical pathology, are already being deployed, and many more are rapidly getting developed in research settings. The ongoing technological advances in digital whole slide imaging scanners, image visualization methods, and the integration of artificial intelligence (AI)-derived algorithms into pathology applications are already being used by some pathologists. The benefits of these tools include ease of remote access to cases via the cloud, avoidance of physical storage space, and no risk of deterioration of staining quality or breakage of slides, to name a few. There are advances in genomics, spatiomics, biomarker assessment, multiplexing, and other advanced imaging tools that can now provide single-cell and 3D information to anatomical pathologists. The focus of this course is to provide practical insights into the status of several technological advances in anatomical pathology, such as whole slide imaging, artificial intelligence, augmented reality, genomics, bioinformatics, multiplexing, and advanced imaging tools such as 3D rendering of pathology images. The speakers will provide insights into how close we are today to reaping the benefits of these tools and solutions for routine pathology practice. This course material will allow pathologists to be better prepared to adopt and implement these advances in their daily practice. Expert speakers in these areas will provide an overview of the complexities and barriers of implementing these tools for widespread adoption. Some of the barriers that will be highlighted include cost, technical glitches, interoperability, and, most importantly, professional hesitation to adopt new technology. 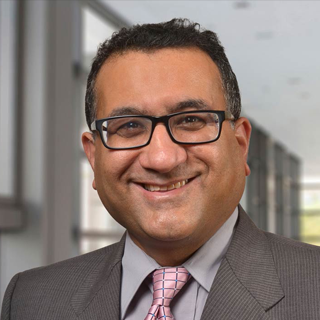 Dr. Parwani is a world leader in digital pathology, artificial intelligence and pathology informatics and has led the way in the implementation of these technologies in several key clinical areas including the implementation of these technologies at the first hospital in the United States. Dr. Parwani also has expertise in the area of Anatomical Pathology Informatics including designing quality assurance tools, bio banking informatics, clinical and research data integration, applications of whole slide imaging, digital imaging, telepathology, image analysis, artificial intelligence and lab automation. He has expertise in prostate and bladder cancer and has trained several fellows in urological pathology. Dr. Parwani has authored over 300 peer-reviewed articles in major scientific journals and several books and book chapters. He is on the editorial board of several informatics and surgical pathology journals and currently serves as Editor-in-Chief of Diagnostic Pathology and as co-Editor-in-Chief of the Journal of Pathology Informatics.

Dr. Parwani has served on many national and international professional societies including USCAP, Digital Pathology Association, ISUP, GUPS, Association of Pathology Informatics and Digital Pathology Committee of the CAP. He also serves as part of the test committee for the American Board of Pathology. He is passionate about teaching and has trained several medical students, urology and pathology residents and fellows over the last 20 years in the areas of surgical pathology, pathology informatics and urological pathology. He has won numerous teaching awards and service awards during his career. For USCAP, Dr. Parwani has been a long-time attendee, served several years on Abstract Review Committee, volunteered multiple times as a platform moderator, served on the Education Committee and the Informatics Subcommittee. 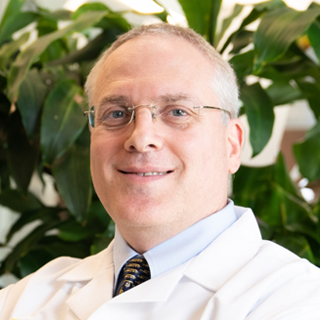 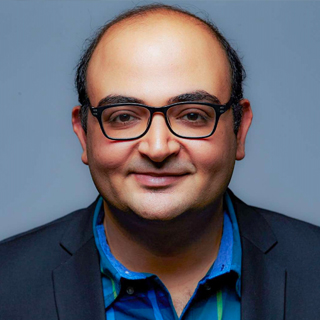 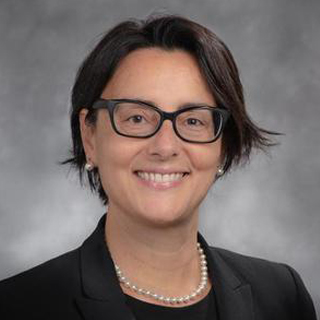 Dr. Laura Barisoni is a Professor of Pathology and Medicine at Duke University, where she serves as the Director of the Renal Pathology Service and co-Director of the Division of AI & Computational Pathology.  Over the last 20 years, she contributed to science with numerous translational research projects on human kidney biopsies and animal models of kidney diseases.  She pioneered the application of digital pathology to nephrology clinical research and trials and established several digital pathology repositories for kidney biopsies in the setting on international nephrology consortia, such as the Nephrotic syndrome study network (NEPTUNE), Cure GlomeruloNephropathies (CureGN), the INTErnational diGital nephRopAThology nEtwork (INTEGRATE), and the Kidney Precision Medicine Project (KPMP).

Over the last decade she leveraged digital pathology platforms to develop new scoring systems for kidney biopsies to test drug efficacy and for integration of morphologic data with clinical and molecular profiles. In collaboration with computer scientists, she is applying image analysis tools to extract visual and subvisual features from digital kidney biopsies to uncover the association of morphologic features with molecular mechanisms, enhance our ability to diagnosticate, prognostic, predict clinical outcomes, and identify new therapeutic targets.

Her expertise in renal pathology, digital pathology, and integrated translational research has been instrumental to help the design and implement novel methodologies for enrollment and analysis in clinical trials. 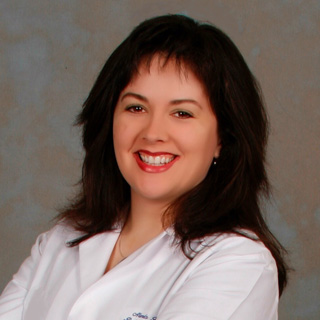 Alexis Carter, MD, is a Physician Informaticist for the Laboratory at Children’s Healthcare of Atlanta and an Adjunct Associate Professor within the Department of Pathology and Laboratory Medicine at Emory University.  Dr. Carter is teaching faculty for the Clinical Informatics Board Review Course for physicians presented by the American Medical Informatics Association (AMIA).  She is the current Secretary/Treasurer for the Association of Molecular Pathology (AMP) as well as the chair of the AMP Electronic Health Records and Genomics Working Group. She is the current Secretary for the Clinical and Laboratory Standards Institute document development committee for two-dimensional barcoding for both clinical and anatomic pathology laboratory specimens.  She was the senior author for the guideline on validation of next-generation sequencing bioinformatics pipelines from AMP, the College of American Pathologists (CAP), and AMIA.  Dr. Carter is the Vice-Chair of the CAP Informatics Committee and helped develop the original validation guideline for Whole Slide Imaging.  She is a former chair of the International Pathology and Laboratory Medicine Special Interest Group for SNOMED-CT International, a former president of the Association of Pathology Informatics and was the inaugural and re-elected chair of the Informatics Subdivision of AMP.  She is an Associate Editor of the Journal of Molecular Diagnostics, an Associate Editor for Administrative and Regulatory Affairs for Archives of Pathology and Laboratory Medicine, an editorial board member of the Journal of Pathology Informatics, and a reviewer for multiple scientific journals in molecular diagnostics, genetics and informatics.  She is board certified in clinical informatics, molecular genetic pathology, anatomic pathology and clinical pathology. 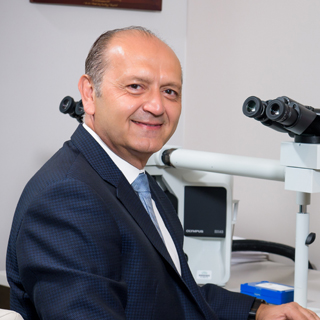 University of Alabama at Birmingham

George J. Netto, M.D., is a Professor and the Robert and Ruth Anderson Endowed Chair of Pathology at The University of Alabama at Birmingham (UAB).

Dr. Netto received his medical degree from Damascus University before residency in anatomic and clinical pathology at Baylor University Medical Center and fellowships in surgical pathology at the Washington University School of Medicine and urologic pathology at Memorial Sloan-Kettering Cancer Center. In 2005 he joined the Johns Hopkins School of Medicine faculty and served as Director of Surgical Pathology Molecular Diagnostics and Professor of Pathology, Urology, and Oncology. He currently serves as Pathologist in Chief and Senior Scientist at the O’Neal Comprehensive Cancer Center and the Civitan International Research Center at UAB.

His research is focused on urologic and molecular diagnostic pathology and has helped characterize the incidence and role of TMPRSS2-ERG fusion and PTEN loss as a prognostic biomarker in prostate adenocarcinoma. Dr. Netto and collaborators are credited with the important discovery related to the high incidence of TERT gene promoter mutation in muscle-invasive bladder cancer and upper tract urothelial carcinoma. The discovery led to the development of a novel, non-invasive urine-based genetic assay for the early detection of bladder cancer, UroSEEK, which promises a significant decrease in the need for repeated invasive and costly cystoscopy procedures.

Dr. Netto is editor in chief for Modern Pathology. He also serves as an expert Co-Editor of the 5th edition of the World Health Organization (WHO) Blue Book on the Classifications of Urinary and Male Genital Tumours and associate editor for Advances in Anatomic and Molecular Pathology. He is a member of the editorial boards of the journals of Human Pathology and Virchow Archives European Journal of Pathology. He has authored or co-authored more than 375 articles and chapters, including six books in urologic pathology, and is the editor of a widely recognized textbook, Genomic Applications in Pathology, currently in its second edition. 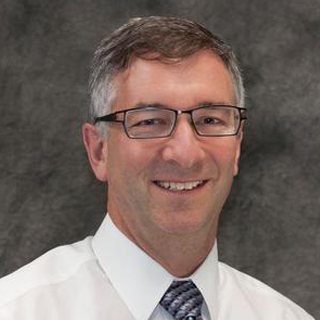 Dr. David Rimm is the Anthony N. Brady Professor of Pathology in the Departments of Pathology and Medicine (Oncology) at the Yale University School of Medicine.  He is the Director of Yale Pathology Tissue Services and the Lab for Quantitative Diagnostics in Anatomic Pathology.  He completed an MD-PhD at Johns Hopkins University Medical School, followed by a Pathology Residency at Yale and a Cytopathology Fellowship at the Medical College of Virginia.  His research lab group focuses on quantitative pathology using the AQUA® technology invented in his lab, and other quantitative methods, with projects related to predicting response and resistance to both targeted and immune- therapy in cancer.  His lab is involved in the use of new high-plex methods, including digital spatial profiling (NanoString) for new biomarker discovery.  He is also interested in translation of assays to the clinic and standardization of those assays for CLIA labs.  The work is supported by grants from the NIH, BCRF, and sponsored research agreements from biopharma.  He also serves on the CAP Immunohistochemistry committee and multiple scientific advisory boards for biotech and pharma.  He is an author of over 450 peer-reviewed papers and 8 patents. 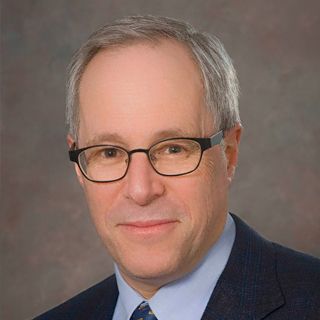 Richard Levenson, MD, FCAP, is professor and vice chair for strategic technologies, Department of Pathology and Laboratory Medicine, UC Davis Health. He received his MD at University of Michigan and pathology training at Washington University, followed by a cancer research fellowship at Univ. of Rochester and faculty positions at Duke and Carnegie Mellon. He joined Cambridge Research & Instrumentation, becoming VP of Research before assuming his present position at UC Davis. He helped develop multispectral microscopy and small-animal imaging systems, birefringence microscopy, multiplexed ion-beam imaging (MIBI), and slide-free as well as enhanced-content microscopy approaches, and is an inventor on some 15 patents. He is section editor for Archives of Pathology and is on the editorial board of Lab. Invest. and AJP. Regrettably, he also taught pigeons histopathology and radiology. He is a recipient of the 2018 UC Davis Chancellor’s Innovator of the Year award and is a Fellow of SPIE.

The United States and Canadian Academy of Pathology designates this live activity for a maximum of 5.5 AMA PRA Category 1 Credits™. Physicians should claim only the credit commensurate with the extent of their participation in the activity.

Whether you attend online or join us in New Orleans, we know you’ll enjoy the cutting edge information and top quality teaching the Annual Meeting has to offer.